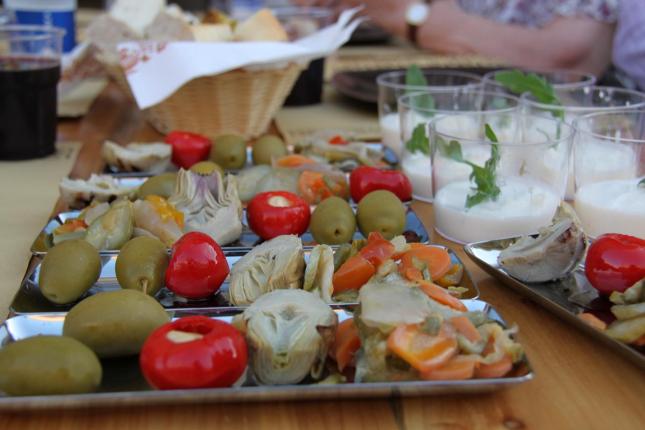 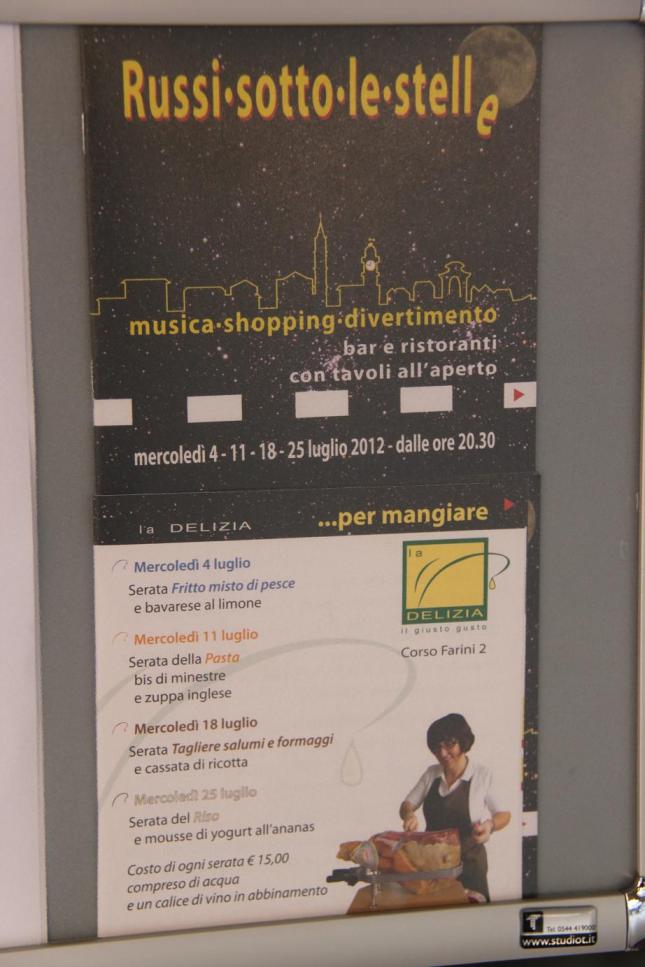 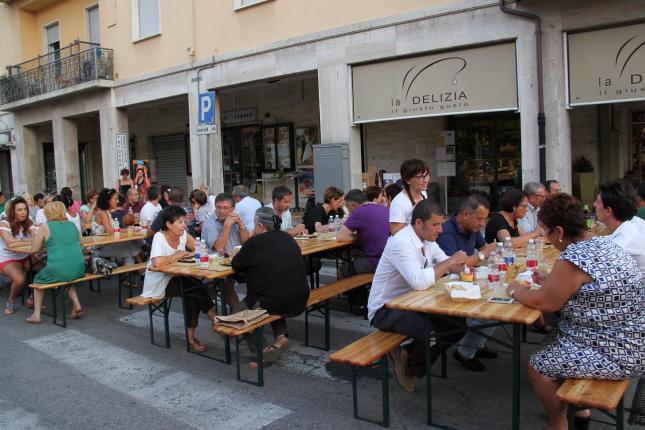 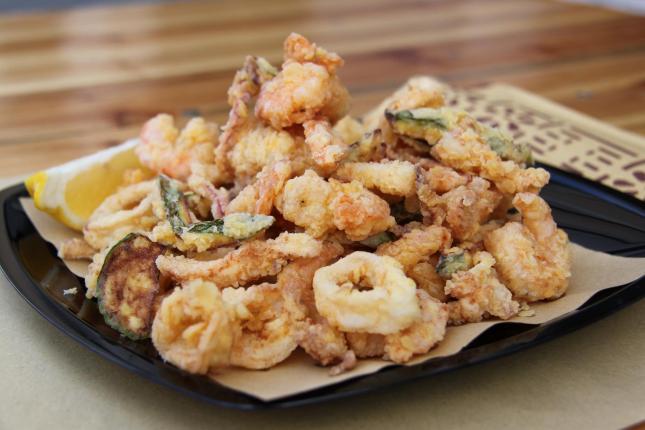 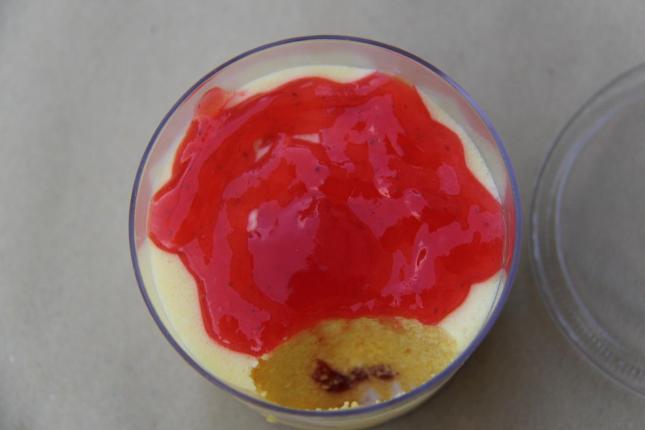 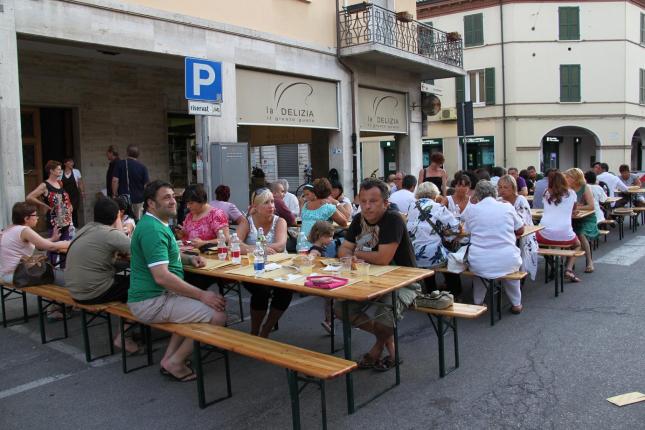 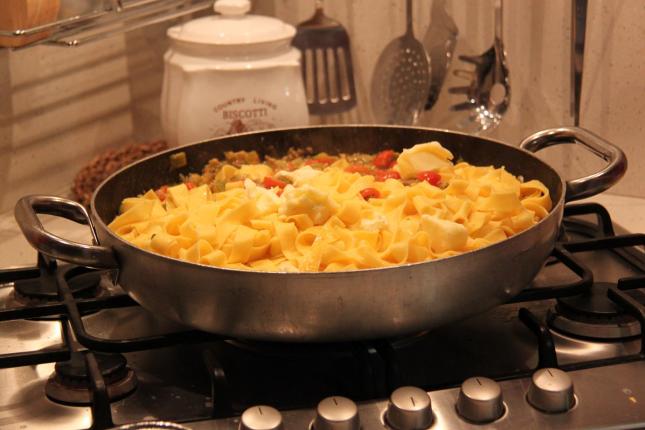 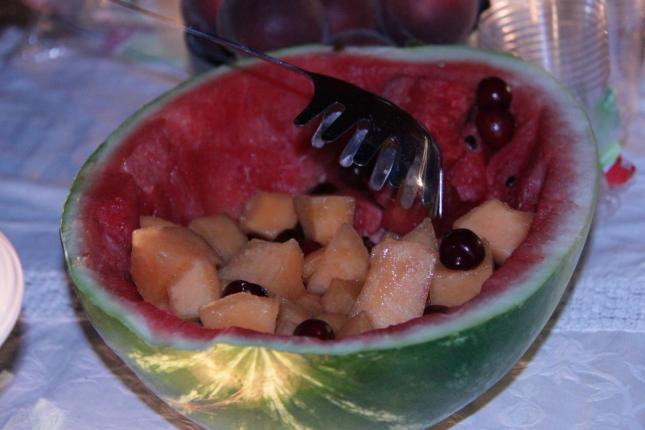 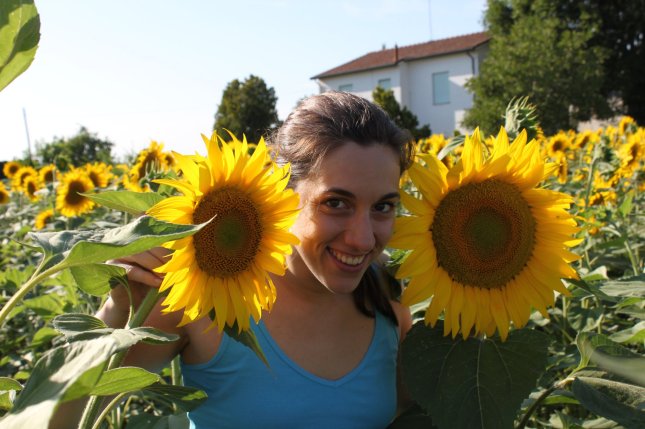 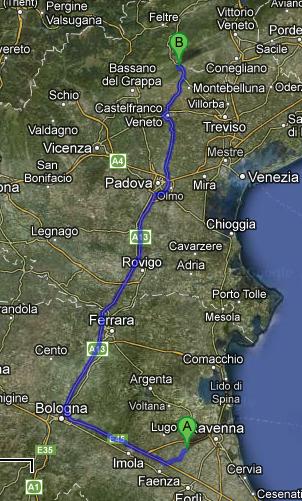 Finally, after eating so many kinds of food all around Italy, we moved to beverages… not to any beverage, but to the artisan beer made in 32 Via dei Birrai!

Right when the hot and sultry weather started to boss the show, with almost 40 Celsius degrees that kept us company under a burning sun, we thought it was time to reach Veneto in order to go and get fresh with some sips of excellent artisan beer.

In Onigo di Pederobba, a place located in the plain of Treviso surrounded by hills covered with Valdobbiadene vineyards, in an industrial park you can find the small plant where beer 32 comes to life. Very recognizable, thanks to the unmistakable mark that triumphantly takes up a big part of the external wall.

Before even getting there we meet Loreno, one of the three charter members of the company, who is going to take a coffee in a bar. We join him, start talking and realize that our day will be full of lots of chatter that, apart from being instructive, will be also very pleasant.
In addition to Loreno, who takes care of the commercial part of the work, the other two pillars of the company are Fabiano, Italian-Belgian master brewer, and Alessandro, engineer with a passion for beer.
Every one of them obviously provided with a bright mind, because if there’s an adjective that perfectly fits the 32 brewery is: brilliant!

You can see that from the very first moment you enter the office of the plant, or the small room where they organize courses that, for exemple, teach how to reuse the packing material. Yes, because one of the basic principles of their philosophy is: you mustn’t throw away anything from the beers. Not even the tops, the boxes that contain them or the cardboard that separate the bottles in the six-pack.
The first ones turn into key-rings, wonderful curtains or even jewels; the second ones into shelves, legs for tables and much more; the third ones in leaflets or counter signs. Loreno also invented the “paper-meccano”: some parts of the boxes that contain the bottles can be removed and they can be reused as drip mats or in order to create original sculptures. 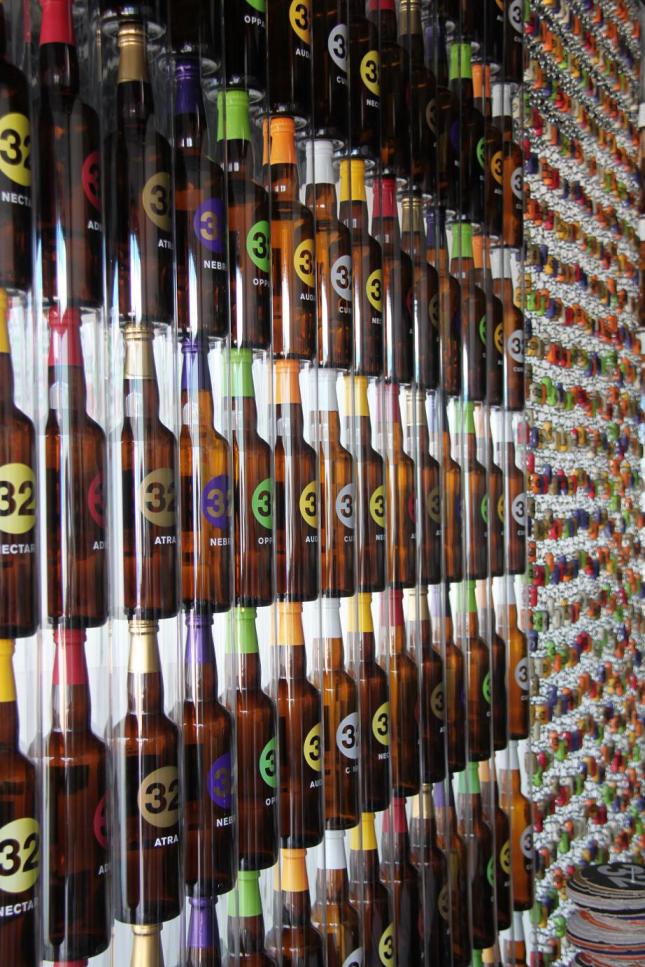 You can also find their genius in the design that typifies all the 32 production: the bottles have a peculiar and unique shape, the circle has been chosen as the main symbol, the big colourful round brand – associated to the names of the beers – makes the product immediately recognizable, the tops have the same colour of the brand and on one side there’s a letter… so that you can write sentences just placing them side by side!

Even the name, as you probably noticed, stands out of the mass. Why 32 instead of another number? Because 32 corresponds to the affiliation class of beer, based on the international classification that categorizes all the products. There’s always something new you can learn!

The 32 brewery was born six years ago from nothing. Loreno managed a successful club for 14 years, then he interrupted that business starting new ones that didn’t satisfy him all the way. In the meanwhile, he had met Fabiano, and at a certain point he decided to try their luck realizing a dream with him: opening a brewery. With a first investment of 80000 euros in used machinery, they managed to start the business, that enriched and refined itself with time, bringing the brand ’32 Via dei Birrai’ to a great succes in Italy and in the world. 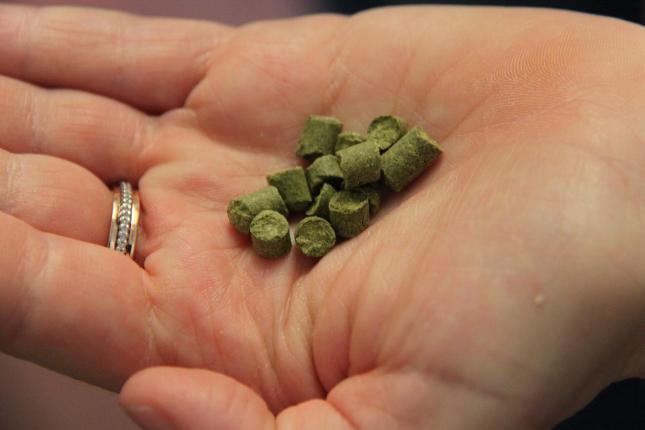 As for every excellent product, even in this case the basic elements are just a few: the ingredients must be of the best quality – both the cereals, the spices (that come from Romagna), and the hops (from Belgium) have been carefully chosen by Loreno and partners – and the processing must be simple, so that it doesn’t pervert the nature of the final result. 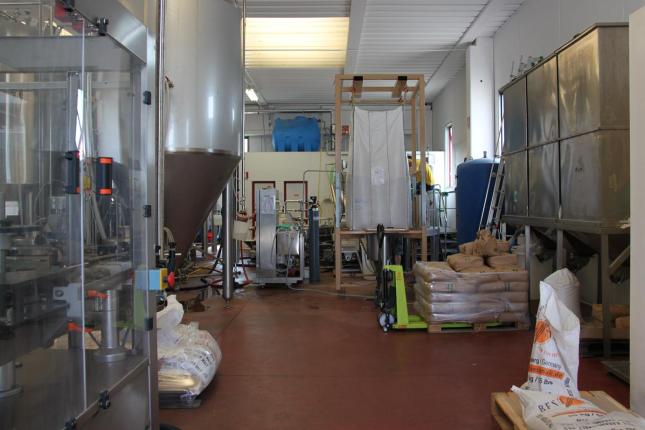 At the bottom of every kind of beer they produce there’s anyway an accurate research, in order to measure out blends and flavours in the best way. A percentage of the revenue from the sales is indeed assigned to research in order to improve the product: in the brewery there’s a small chemistry room where the potions are tested and the magic comes to life. 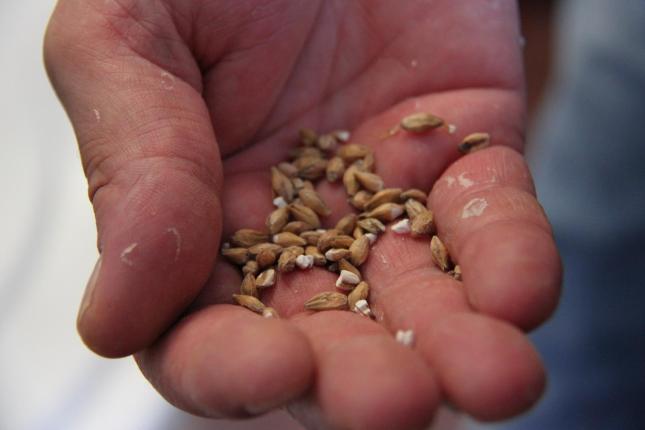 The processing of beer is composed of different stages: first of all the cereals are roasted – in our case, we tasted some grains of roasted “sour” barley which was the base for the Audace beer – and cooked with hops in the water at a temperature of almost 100 Celsius degrees.

The obtained fluid is filtered in order to remove the residues of the grains, then the yeast is added and the whole thing rests in a tank for many days. In this way a first brewing takes place, which means that a lot of carbon dioxide is released – indeed, there’s a small pipe that gets out from the tank in order to allow air to escape.

Such beer is then bottled, closed with three protective devices – a cork top, a crown cap and the external capsule, put into boxes and then kept in a cell at 24 Celsius degrees where the second brewing takes place, so that every flavour is released in the best way. 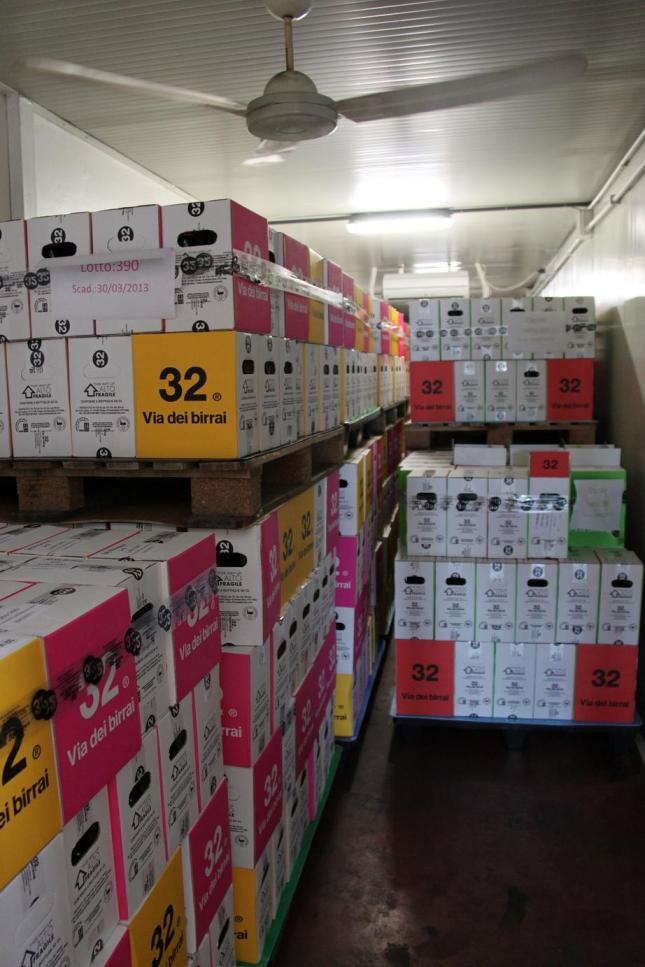 Basically, from the beginning of the processing to the moment in which the beer is ready, there are around 45 days. If you consider that there are only two brewing tanks, you can see how the production cannot be much ample, and this preserves a total attention to every step and an excellent final quality. Also consider that a sample of every batch is tasted and, if it doesn’t fit the quality norm, it’s not sold. It’s also true that, as Loreno says more than once, since it’s artisan beer the result is never the same… but it has to be the best every time! 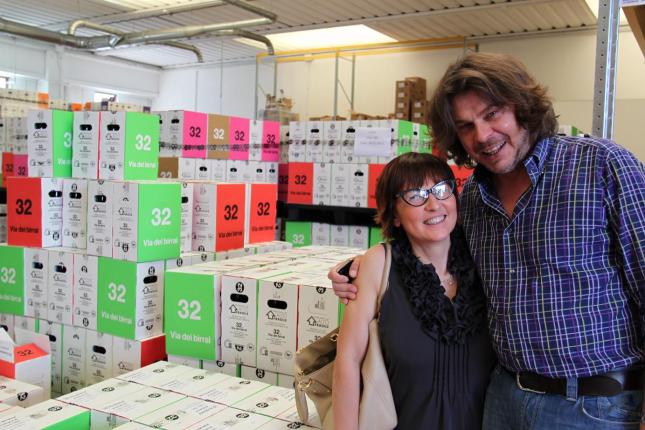 There are seven beers in the 32 stable: Curmi, Audace, Oppale and Tre+Due are produced during the whole year; Admiral, Atra and Nebra on the contrary are seasonal. Each of them has its peculiar characteristics as regards colour, alcoholic strenght, flavours and as a consequence dish-matching. 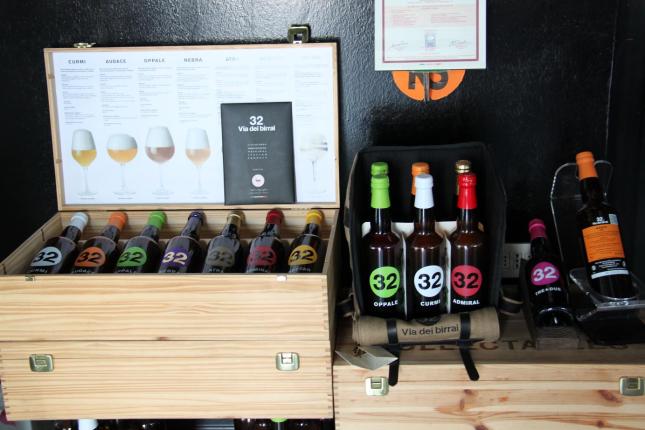 In order to soothe our curiosity, for lunch we tried to match Tre+Due and Curmi with a serie of more or less seasoned kinds of cheese… and we found out that they’re very good with the most underripe ones. 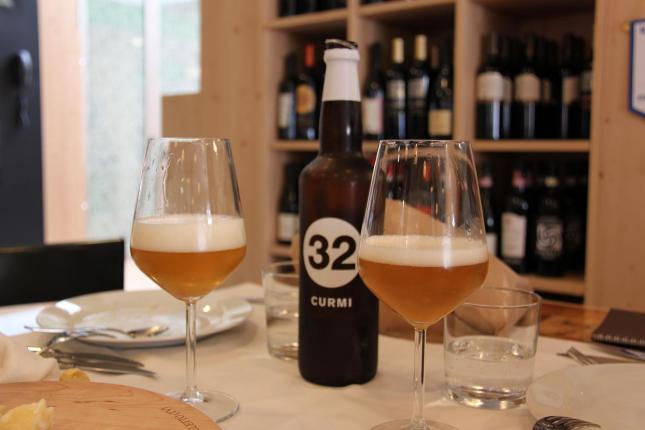 I’m sure that all this talk about beers made your thirst and your wish to try them exponentially increase, considering the hot summer weather that is surrounding everyone in these last days (at least in Italy).
So you just have to pass by Russi and stop by “La Delizia” in order to get some of these brilliant beers… and if you have friends that love this kind of things, give them some beers from ’32 Via dei Birrai’ as a present and you will cut a dashing figure!